And The Winners are…

For the start of the 2014 HLTC Tournament, fantastic weather greeted a full turnout for the men and women’s competition.

Play got under way across all three grass courts, and with a full schedule to get through, the tennis continued almost without a break throughout the whole afternoon.

We had three new players making their debut in the tournament this year, Emma, Marcus and James. All did fantastically well, with James coming third in the men’s tournament.

But, as the limbs began to tire, two players eventually stood out to take the men and women’s titles respectively. A family affair this year, with the Ladies title being won by Felicity Rogers, and the Men’s by David Rogers, her son.

A well deserved sit down welcomed the players at the end of a long day of tennis, helped along by plenty of tea and cake, as the sun slowly went down on what was yet another great tournament for HLTC.

Thank you to everyone for taking part and to those who came along to lend their support. 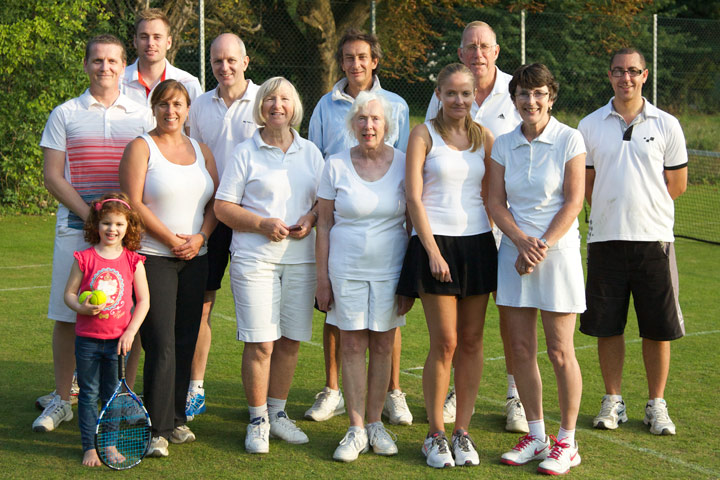 A selection of members await the presentation. 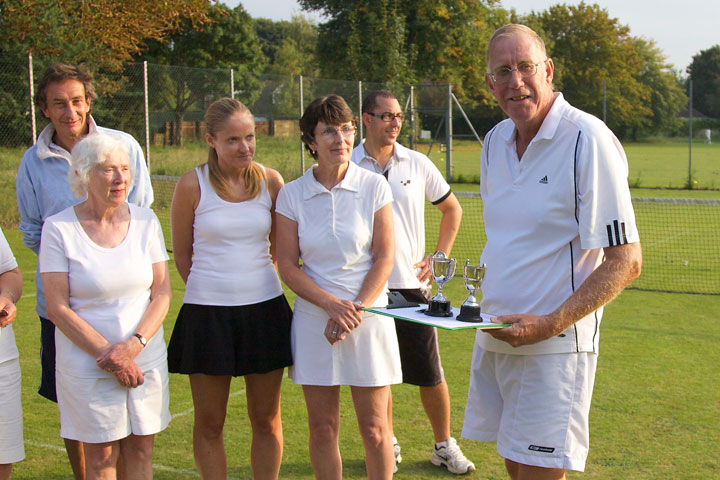 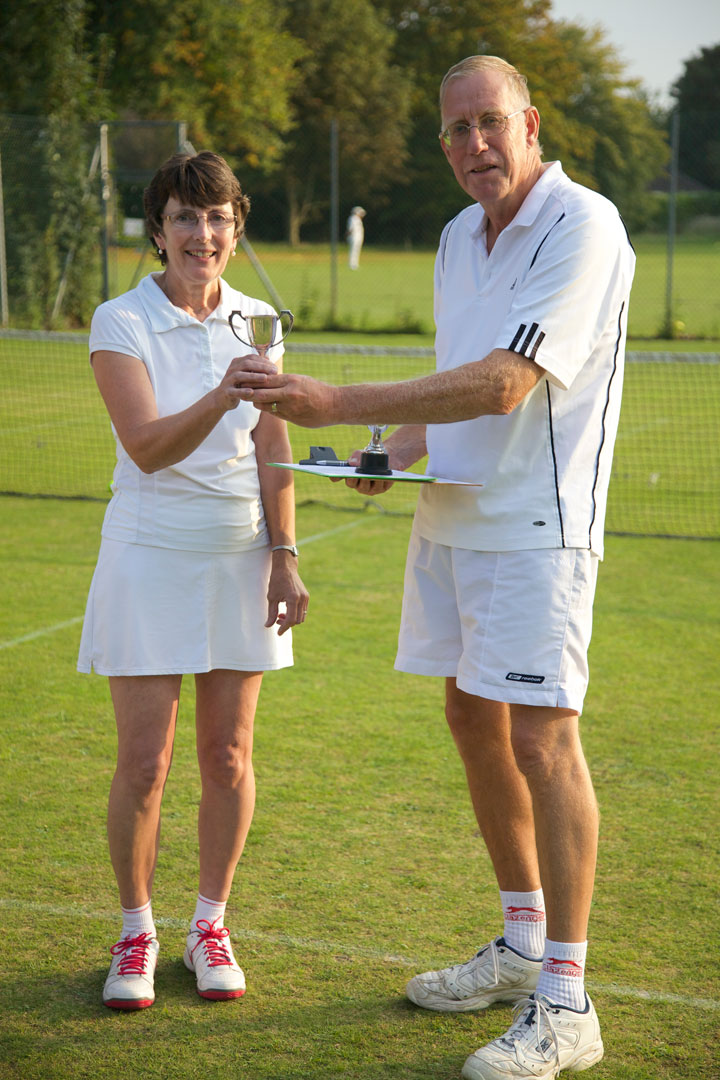 Felicity Rogers accepting her trophy from her husband Andrew. 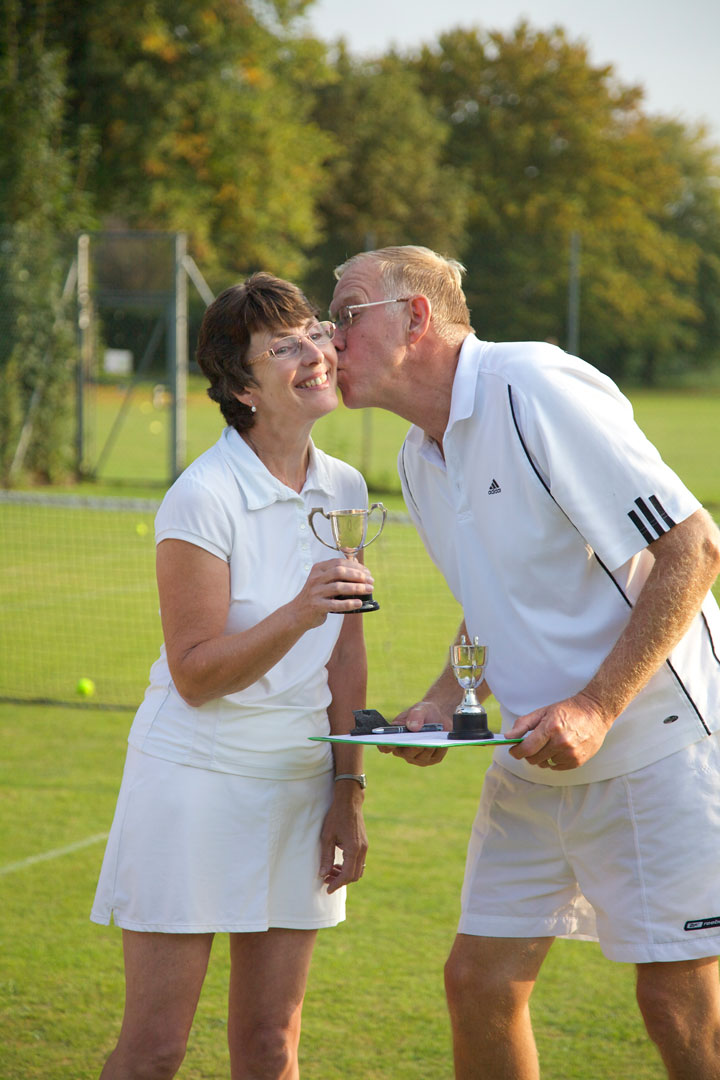 Felicity Rogers accepting her kiss from her husband Andrew. 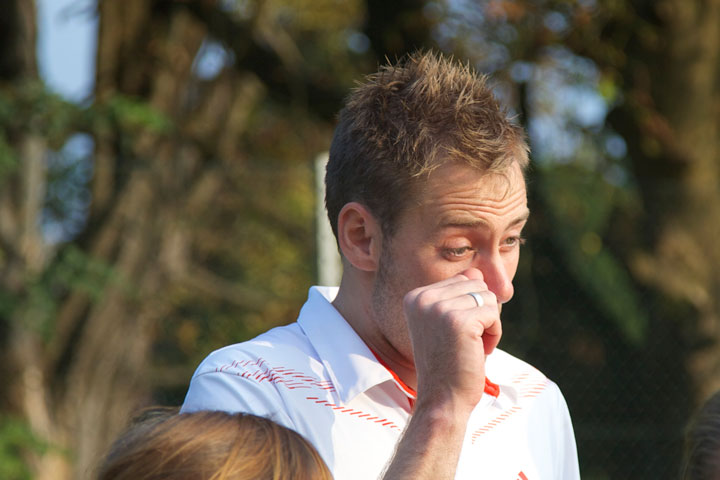 The enormity of the win begins to hit David. 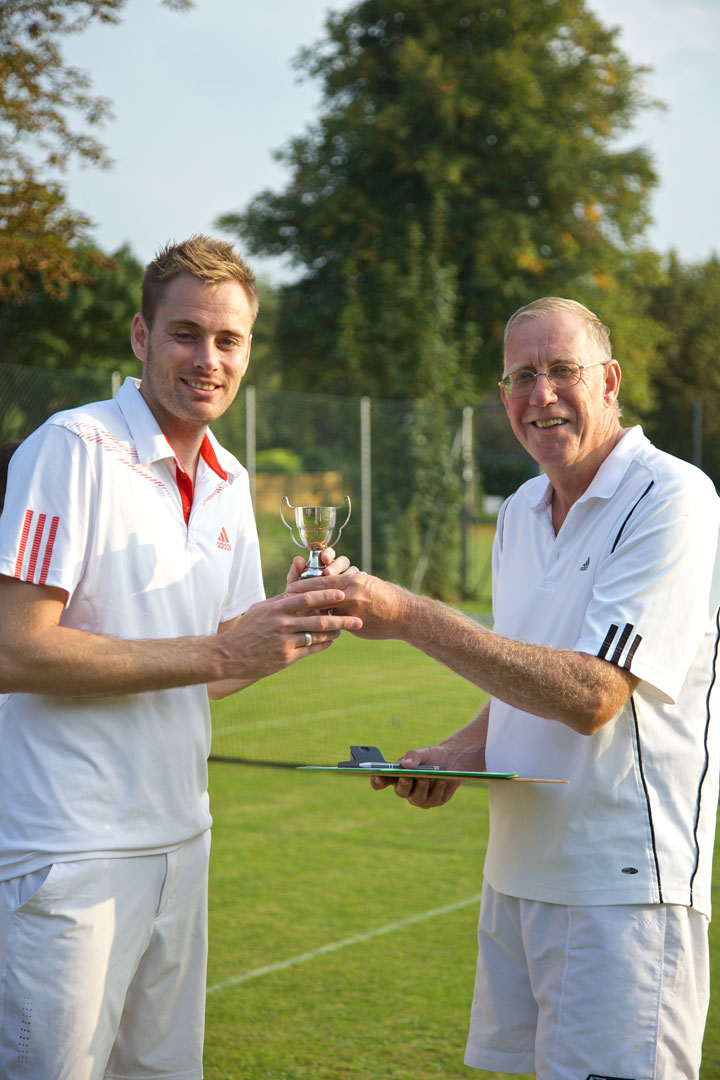 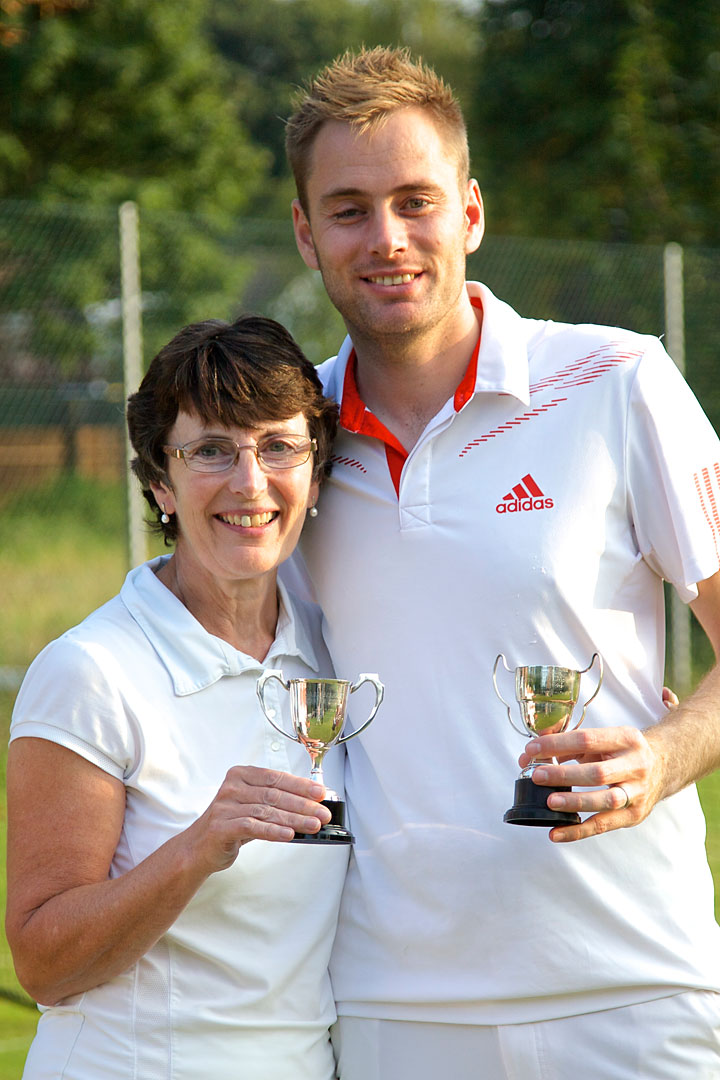 The two winners of the 2014 HLTC Tournament!, Felicity and David.